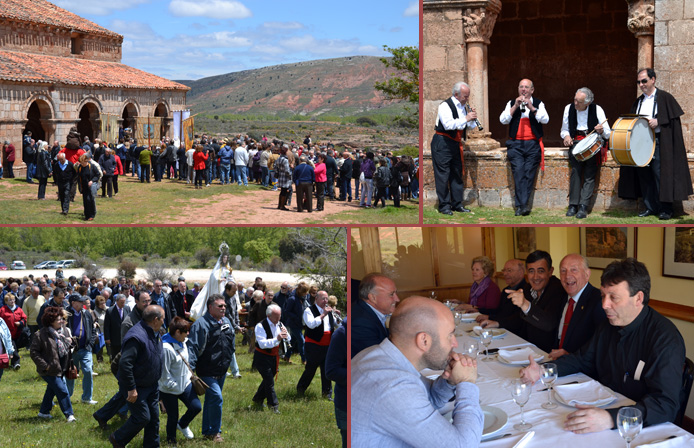 Among the events that people from Soria celebrate every year, there are two important events. The first one is the pilgrimage of the Virgin of Tiermes, whose brotherhood has been organizing this event since its founding, in 1875, twice a year.

During the fiesta, which was attended by people from many surrounding villages, as well as those who migrated to other places of Spain long time ago. That day, a mass is celebrated, later a procession, an auction with the offerings of the assistants and a dance to the sound of flageolets. A lot of persons end the celebration with a picnic in one of the nearby meadows. Other choose the excellent restaurant Venta de Tiermes.

Devotion is centuries old and has been responsible for a lot of acts that are maintained and preserved Romanesque chapel itself, located next to the excavations of the Celtiberian and Roman city of Termes.

Felipe, the previous Major of Montejo de Tiermes, worked hard to keep the pilgrimage alive. He was happy with the pilgrimage and the fiesta. The meadows of Tiermes can no longer count on him, but we always feel with us there 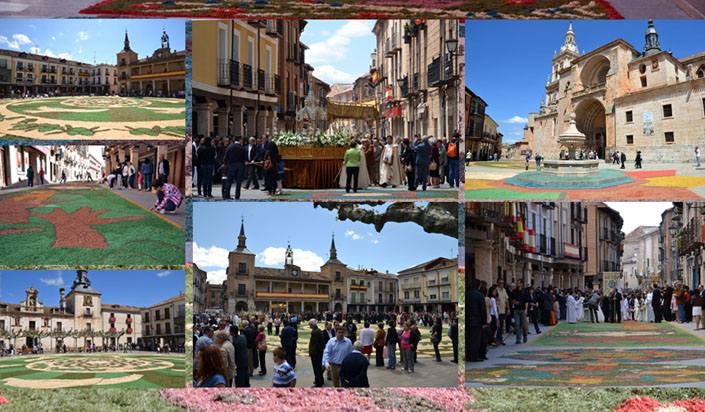 One of the most colorful processions in the province of Soria is the celebration of Corpus Christi in El Burgo de Osma. For months, around 400 volunteers prepare the drawings, the shavings of wood dyed and the grass that they place this day to carpet the Plaza of the Cathedral, the Calle Mayor and the Plaza Mayor of the city.

During the previous evening, night and morning of the event, the compositions are precisely made. Then the procession will pass over the 600 meters of carpets, beginning in the magnificent Cathedral of El Burgo and returning to it at the end. That was so this year and, besides the beauty of the work done, it was very nice to see the town full of friends and strangers, young and old people ready to spend a pleasant day.

DAY OF THE REGION 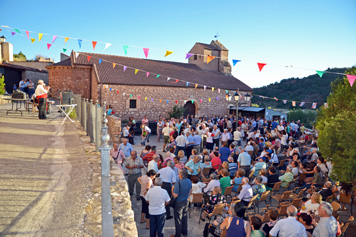 Every year in August, the southwestern province of Soria celebrates the Día de la Comarca. This is a fiesta where one of the villages organizes and retrieves the traditions of the area.

There are ompetitions of "tanguilla" or bowling, people dance with the sound of traditional instruments, flutes and drums, and everything that the organizers prepare.

A play of theatre, which is represented in rock bleachers of Celtiberian-Roman city, is also organized every year. 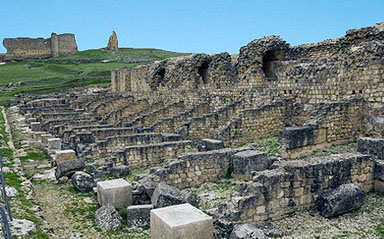 They share a common history, as evidenced by the archaeological remains of the Roman-Celtiberian sites of Termes and Valeria, with cave dwellings in the cliff areas, in the case of Valeria leaning out the beautiful and natural cannon of the Gritos river, in the case of Tiermes watching the glen before the Sierra de Pela, and both of them  subjected to archaeological excavations.

But while Tiermes was depopulated in the Middle Ages, the current city of Valeria took a near settlement. 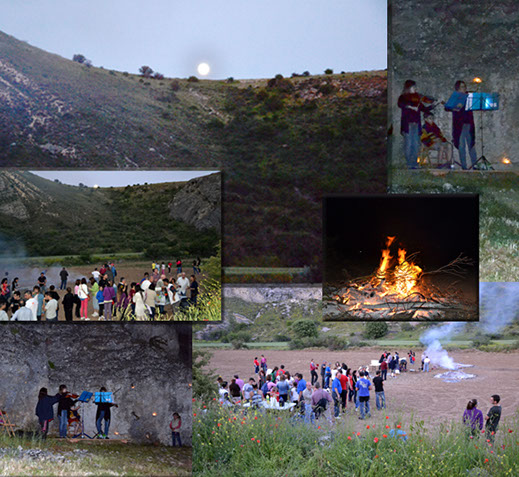 Some years ago, Arenillas celebrated the full moon and made it in a very original way. Those who wanted to join the event met and began a beautiful walk to a place known as the Dehesa del Monte, located in the small canyon of the Parado River.

They prepared bonfires, also huge grills to feed the 150  persons who attended, a scene was improvised, with the own roks as backdrop and some banks were placed in order that people could sit down to listening to the concert of viols that Duo Casulana performed when the moon lit up the place.

The magical atmosphere was enhanced by high bonfires, which reflected their changing flames on the rock walls, and the moon itself, which silvered the contours of what was far from the fires.

Wishes written in papers were burned, people continued with a chocolate to alleviate the night  temperature and some of them stayed there until dawn.

Any act is welcomed and applauded in the South of Soria, but it will be difficult to forget a perfect night like that and, above all, the sound of the violas in the night, in a place as beautiful as the Dehesa del Monte is and illuminated lit by bonfires, candles and the full moon.